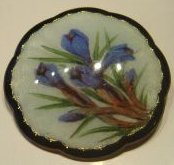 Norsk Filigransfabrikk was founded by goldsmith Clemet Berg and Samuel Holm in 1889.

Their first premises were situated at Kirkegaten 32 (Frølichpassasjen) where they also had a retail store.

Goldsmith Johan Lund, was hired as manager in 1894 and remained with the company until 1898.

Clemet Berg had withdrawn from the company in 1897 and founded a workshop and retail store under his own name.

Norsk Filigransfabrikk ran with several variations of officially licenses until 1906 when the company closed down.

Merchant Albert Scharning was the agent for Filigransfabrikken from 1902 and by the time the company was dissolved in 1906 he had taken over the lion's share of the factory's technical equipment.

Scarning continued in this role at the factory until 1927 when goldsmith Einar Modahl joined as partner.

In its day, Norsk Filigransfabrikk had been one of the key players in the Norwegian silver industry, with a sizeable output of filigree work as well as significant production of silver enamel jewellery and small items of flatware.