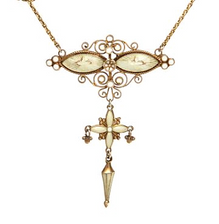 The same year he and Samuel Holm (1852-1894) co-founded Norsk Filigransfabrikk.

The pair of them rapidly came to hold a significant share of the filingree market throughout Scandinavia.

However, after Samuel Holm's untimely demise in 1894, Clemet Berg established his own company with workshop in his own name.

Gradually he increased production, notably in enamel jewellery, and

withdrew completely from Norsk Filigransfabrikk  in 1897.

In 1920, Clemet Berg retired and transferred the business and workshop to  goldsmith, Emil Marthinsen, who continued to trade under the name C. Bergs Eftf.

This workshop was one of the major enamelware producers in Oslo.