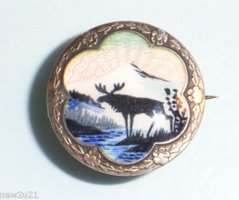 This was the first Norwegian wholesale business in the country's jewellery industry.

He started out as the sole agent in Norway for Die Württembergische Metallwarefabrik, but eventually dealt only as a supplier to jewellery stores.

The company was for many years the leading wholesaler in the jewelry industry in Norway.

His son, also Hans Christian, took over the company when he died, but it was later sold outside of the family.