Knut Andreas Rasmussen began his goldsmith education in Ålesund. He came to Oslo in 1861 where he worked as an apprentice at J. Tostrup.

As the first in Christiania, he began only with special fabrication of filigree. It became a major export industry.

In 1950 all craft shop production was moved to a new building in Hamar and the store was closed down in the 1960s.

The operations in Hamar changed more and more to the production and supply of precious metals and precious metal preparations for technical, chemical, galvanic and mechanical industries. 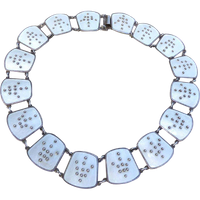