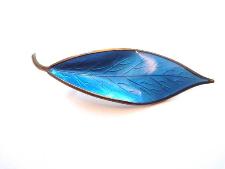 Willy Winnæss served his apprenticeship under the firm of J. Tostrup for four years from 1926 and completed his journeyman's piece the same year as he finished in 1930.

He worked as a journeyman for J.Tostrup for a further 6 years and later for

Winnæss was officially licensed in 1941 and started up a workshop that same year.